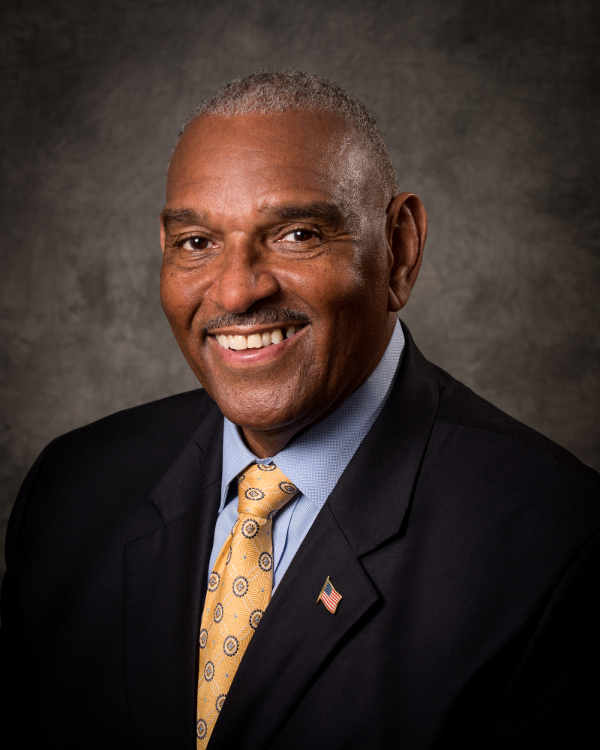 Miller L. Hall was born and raised in Beckley where he graduated from Woodrow Wilson High School (WWHS) in 1971. While at WWHS, he was a three-star athlete and was awarded the Pete George Award for Athletic Excellence in his senior year. Miller attended Fairmont State College (now University) from 1971 – 1975, where he earned a bachelor’s degree, played football, and was on the track team. While playing football at Fairmont, he was part of the 1973 and 1974 West Virginia Intercollegiate Athletics Conference championship teams. He earned a Master’s in Guidance and Counseling and a Master’s in Educational Administration from the West Virginia College of Graduate Studies, which eventually became the Marshall University Graduate College.

Hall taught social studies at Woodrow Wilson High School, served as Dean of Boys, assistant principal and later as principal of Woodrow Wilson for ten years. In 1999, he was promoted to the Central Office position of Director of Pupil Services, then became Director of Secondary Schools and lastly held the position of Assistant Superintendent of Support Services for Raleigh County. Hall was selected to be in the Woodrow Wilson Football Hall of Fame. He previously served on the Board of Directors of the Beckley-Raleigh County YMCA and the Beckley-Raleigh County Convention Center. In his spare time, Hall has coached middle and high school football and basketball while officiating both sports and girls’ basketball. In 2014, he was named the West Virginia Girls Basketball Official of the Year for. In 2011, Hall was inducted into the West Virginia All Black Schools Academic and Sports Hall of Fame. He is a member of the First Baptist Church of North Beckley where he is on the Trustee Board and has been an avid motivational speaker to church and youth groups.

Hall lives in Beckley, WV, with his wife, Joyce, a retired educator, and is the proud father of two daughters: Marshay, who lives in Silver Spring, MD, with her husband Michael, and Sharawn, who is a resident of Breinigsville, PA, with her husband, Brandon, and one grandson.