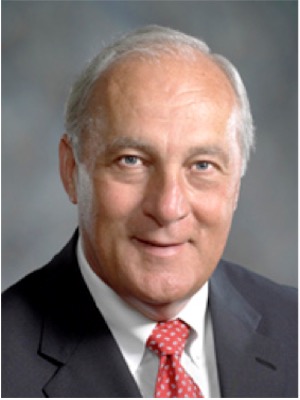 Robert William Dunlevy is a graduate of West Virginia University (WVU) with a Bachelor’s in Education. As a student at WVU, he played football and, after graduating, went on to play professional football for the Dallas Cowboys and semi-pro football for the Wheeling Ironmen.

He retired from Lincoln Manufacturing of Houston, TX. In 2014 after 17 years of service. He completed 25 years of service on the Health Plan of the Upper Ohio Valley board in 2017 and most recently served as board chairman.

Dunlevy and his wife Connie live in Wheeling, WV, and have three children and six grandchildren.