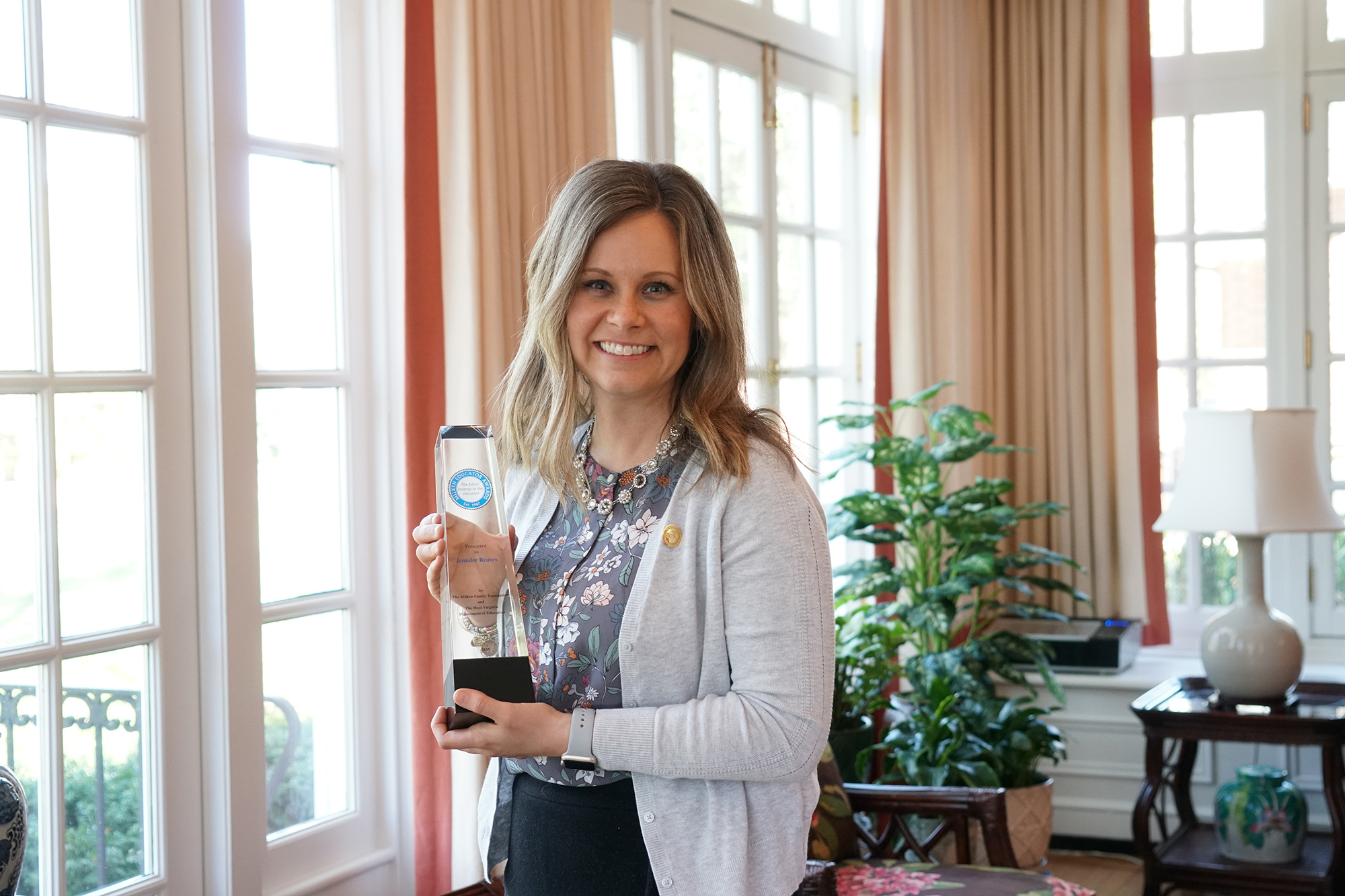 It took one hour of Angry Birds, and she was hooked.

“I became interested in computer Science and coding when I was teaching second grade. I stumbled upon the Hour of Code and completed the one-hour Angry Birds tutorial with my second graders,” Jennifer Reaves, Technology Integration Specialist at Mylan Park Elementary, said. “After seeing the engagement and excitement from my students, I instantly wanted to learn more and expose my students to all that computer science had to offer.”

Reaves said it was this experience, which led her to pursue her Technology Integration Specialist (TIS) Certification and apply for the TIS job at Mylan Park to grow the excitement around computer science for all students. In her role, not only has she inspired all students to explore the world of computer science, but she’s placed special emphasis on encouraging her female students to get involved.

“Three years ago, I started a girls coding club at my school. At that time, there wasn’t a curriculum targeted to elementary age students, especially girls to take an interest in computer science,” Reaves said. “I developed a curriculum taking bits from around the internet to make a meaningful and fun experience for my group of 13 girls. The next year, the organization Girls Who Code released a curriculum geared toward elementary-aged girls. I began using this comprehensive curriculum and expanding my coding club to reach 20 girls each year.”

With the mission statement “to close the gender gap in technology,” Reaves said she loves the Girls Who Code organization and feels passionate about making sure this mission comes to fruition.

“The girls love Mylan’s after-school Girls Who Code Club as it gives them a safe place to be themselves and solve problems that are important to them and learn from influential women in computer science. Most of all, it shows them that computer science is for them.”

With a love of learning new things and a desire to push herself, Reaves said her TIS role has allowed her to innovate the students she serves.

“Girls Who Code at Mylan Park creates leaders and advocates for Computer Science in the classroom and community. I couldn’t be more proud of the girls who have joined over the last three years. Girls Who Code is a computer science sisterhood – one that creates a lifelong impact and works to close the gender gap in technology. I am proud to support these efforts right here in West Virginia.”

Reaves noted that computer science is one of the fastest growing fields around the world.

“It is imperative that more educators bring computer science into their classrooms at all grade levels to begin to close this gap and show that West Virginia can be a leader in the technology sector. This will in turn bring new and innovative jobs to our state and help move West Virginia forward.”

Interested in starting your own Girls Who Code Club? Visit https://girlswhocode.com/ to apply. #CS4WV #CSEdWeek