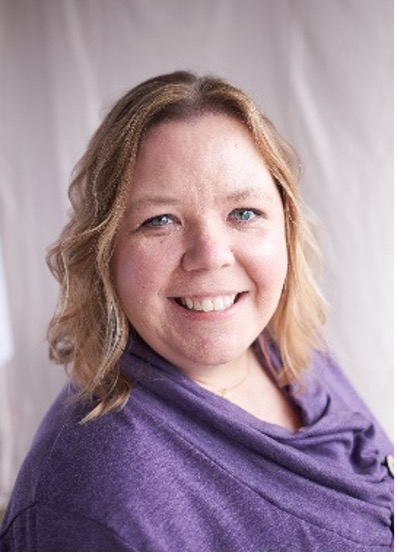 Renee HainesMartinsburg High School, Berkeley County, WV
Renee Haines is a science teacher with 14 years of experience at Martinsburg High School in Berkeley County, WV. A National Board Certified Teacher, Mrs. Haines holds a Bachelor of Science in Biology and a Master of Arts in Secondary Education from West Virginia University. At MHS, Mrs. Haines teaches 10th through 12th-grade students in life sciences, including biology, biology honors, microbiology, Advanced Placement biology, and WVU dual enrollment biology courses. She strives to establish a student-driven classroom focused on meeting the needs of all learners. Outside the classroom, Mrs. Haines supports pre-service teachers, colleagues, and administration by serving in leadership positions and presenting professional development sessions. Serving as chair on the Local School Improvement Council, Mrs. Haines seeks to engage staff, students, and the community to improve school climate and student performance. As an advisor to the Science National Honor Society (SNHS), Mrs. Haines conducts a Traveling Science Show with local Kindergarten through 8th-grade students to encourage a love for science and discovery. Through the pandemic, she developed Virtual STEM Day with SNHS students hosting elementary students for an afternoon of science fun to continue this endeavor. Mrs. Haines finds joy in watching students discover the possibilities of science and marvel at the wonders of the world. 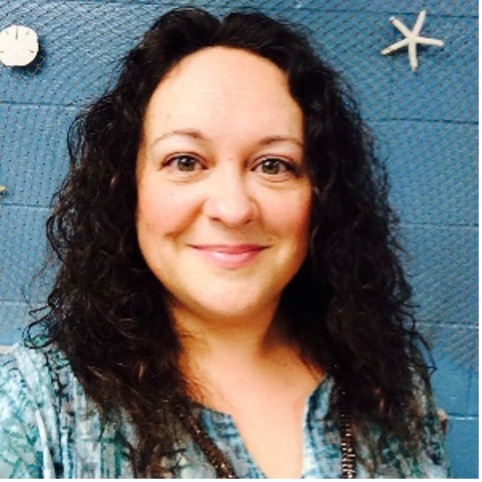 Rachel Eades-GillMidland Trail High School, Fayette County, WV
Rachel Eades-Gill is a science teacher with 17 years of experience. Ms. Eades-Gill holds a Bachelor of Science in Health Services Administration from WV Institute of Technology and a Master of Arts in Education from Marshall University. Currently, she teaches biology and human anatomy & physiology at Midland Trail High School in Fayette County, WV. Her experience as an educator also includes time as an adjunct for New River Community and Technical College. Additionally, she serves on the Fayette County Schools Leadership team, acting as a curriculum coach and conducting instructional practices inventories for fellow educators. She has expanded her advisory role to the Science Bowl Team, Achieve 21, Fayette County Professional Staff Development Council, Upward Bound Follow-Up, summer school, alternative school, the College Summitt, and the WV Summative Assessment team as a question writer. Her professional memberships include the West Virginia Science Teachers Association (WVSTA) and the National Science Teaching Association (NSTA). Eades-Gill will serve as the 2021 WVSTA Conference Committee Chairperson, an annual event where she has presented sessions including how to “Frame Your Success in the Science Classroom.” Rachel was honored as the 2018 National Association of Biology Teachers (NABT) Outstanding Biology Teacher for WV. Her teaching philosophy states, “Nothing else in the classroom matters if we do not make necessary connections with our students.” 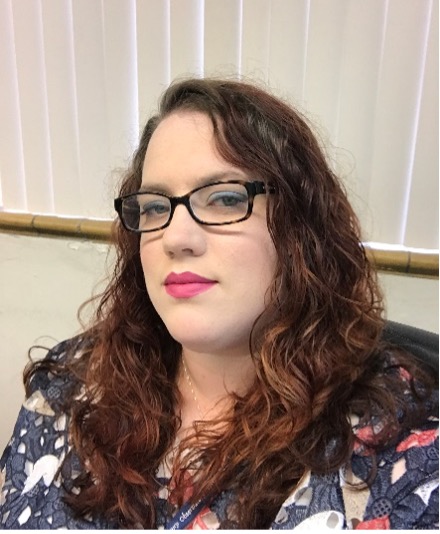 Nikki MoriartyHorace Mann Middle School, Kanawha County, WV
Nikki Moriarty is a science teacher with 12 years of experience. Currently, she teaches 8th grade science and honors Earth and space science at Horace Mann Middle School in Kanawha City, WV. Nikki earned a Bachelor of Arts degree in General Science Education from Marshall University and Master of Arts degree from Western Governors University in Chemistry Education. She holds certifications in general science, mathematics through algebra 1, chemistry, and Earth and space science. Nikki has served as her school as the science department chairperson and taken leadership roles as a county team lead and conference presenter. At the state level, she has participated in question analysis for the General Summative Assessment and contributed to the Governors School for the Arts. Her professional development experience includes training with Lego EV3 robotics, the Earth and Space Science Passport Program, and presentations at the West Virginia Science Teachers Association (WVSTA) conferences. At the national level, she attended the National Science Teaching Association (NSTA) conference, the International FlipCon conference, the National NEED conference, the Harnessed Atom Project through the Department of Energy, presented before the National Association of Geoscience Teachers, and is a NASA Endeavor Fellow. Nikki considers herself a lifelong learner and strives to instill that same love of learning in her students. She continues to look for new, exciting, and engaging ways to expose her students to the evolving world of science. 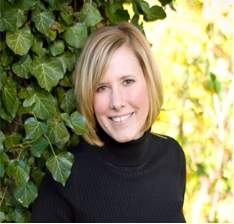 Laura BohrerSpring Mills Middle School, Berkeley County, WV
Laura Bohrer, a National Board Certified Teacher, has been an educator for 17 years in Berkeley County and has spent the last four years at Spring Mills Middle School teaching 6th-grade science. She previously taught at Orchard View Intermediate School as a multi-subject 5th-grade teacher, but her love of science moved her to 6th grade to focus on science instruction. Laura serves as the science fair coordinator for Spring Mills Middle School, an Underwood Smith Scholarship mentor to future science teachers, and a county-level mentor to practicing teachers. She earned her Bachelor of Arts in elementary education and a Master of Arts in curriculum and instruction from Shepherd University. Laura completed the Earth and Space Science (ESS) Passport Program through Fairmont State University and was selected to attend the National Institute of Standards and Technology (NIST) Summer Institute for Middle School Science Teachers in 2021. In addition, Laura is a member of the West Virginia Science Teachers Association (WVSTA), currently serving as Vice President of Membership. Ms. Bohrer believes that phenomena-based inquiry is vital to students becoming engaged in science and that all students have a natural curiosity to discover how the world around them works. As a result, her students are engaged in hands-on opportunities to build their knowledge of science concepts. Laura considers herself a life-long learner and looks for opportunities to continue her growth as a science educator.

Leslie LivelyShort Line Elementary, Wetzel County, WV
Leslie Lively teaches 4th grade at Short Line Elementary in Reader, West Virginia, located in Wetzel County. Mr. Lively has been a PAMEST State Finalist in 2016, 2018, and 2020. In addition, he was a state finalist for West Virginia State Teacher of the Year in 2017-18. Lively is continually active with the National Energy Education Development (NEED) Project, where his students compete nationally with their energy projects each year. His students have won multiple state and national awards and have traveled to Washington, DC for the awards ceremony. Mr. Lively was part of the JASON Argonaut Program that traveled to the Amazon Rainforest in Peru to complete research with Dr. Meg Lowman. While in Peru, Lively studied the multiple rainforest layers from the ground level to the top of the canopy. Mr. Lively has received numerous recognitions, including The Wetzel County Chamber of Commerce Teacher of the Year, West Virginia Make It Shine Environmental Teaching Award, The NEED Project Distinguished Service Award, and the Bob Thompson Excellence in Energy Award. He continues to write grants to fund his projects for his students so that hands-on activities are part of his science class each day. 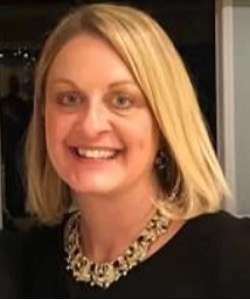 Tiffany PaceWeberwood Elementary, Kanawha County, WV
Tiffany Pace is a third-grade teacher at Weberwood Elementary in Charleston, West Virginia, and an instructor for the West Virginia Virtual School. She holds a Master’s degree from Liberty University and a B.S. degree from West Virginia University. She is a National Geographic Certified Educator and has authored several articles for the National Science Teaching Association’s journal, Science & Children, in which she is also a reviewer. Mrs. Pace has presented at the NSTA National Conference in 2019 and was a presenter at the NSTA STEM20 Virtual Conference. She is a member of NSTA and WVSTA, an Underwood-Smith Scholarship mentor, a member and presenter of her county’s World Cultures and Diversity Cadre, and a Fuel Up to Play 60 Advisor. In addition, she is a grant writer who was awarded over $400,000 in funding for educational supplies, STEM materials, technology, gardening materials, healthy eating and physical activity supplies, community outreach programs, and professional development programs. Mrs. Pace lives in Charleston with her husband and two daughters.

On October 15, 2019, STEM teachers were announced as recipients of the prestigious Presidential Award for Excellence in Mathematics and Science Teaching (PAEMST). The awards are the highest honors bestowed by the United States government specifically for K-12 science, technology, engineering, mathematics, and/or computer science teaching. 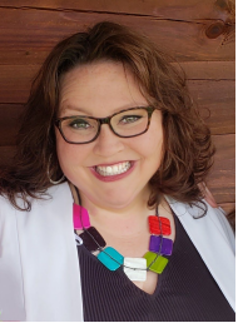 On August 3, 2020, President Donald J. Trump announced the 2019 Presidential Awards for Excellence in Mathematics and Science Teaching (PAEMST). The awards are the highest honors bestowed by the United States government specifically for K-12 science, technology, engineering, mathematics, and/or computer science teaching. Teachers are selected based on their distinction in the classroom and dedication to improving science, technology, engineering, and math (STEM) education.

Dr. Angela McKeen has taught in public and private schools for 11 years and taught in higher education for six years. She spent the past five years at Notre Dame High School, where she teaches Honors Physics, Earth and Space Science, Advanced Placement Environmental Science, and 7th Grade Science. Angela worked as a science instructor and science coordinator at St. Mary’s Central School for four years. She began her career at Valley High School, teaching science and English for three years.

Angela’s enthusiasm for the natural world is reflected in her yearly science camps. While working with disadvantaged youth in rural West Virginia, Angela began running her own science camps. Angela’s excitement for teaching science and her active participation in all levels of science education have made her an excellent professional development provider. Her dissertation explored teaching science using aspects of the arts in rural Appalachian classrooms. Angela presented to the Maryland Higher Education Consortium at Johns Hopkins University with a colleague on using trade books to teach science content at the university level. Angela earned her B.A. in secondary education at Fairmont State University and her M.A. in science education at West Virginia University (WVU). She also holds a doctorate in curriculum & instruction from WVU. Angela is certified in chemistry, earth and space science, general science, and English and Language Arts. 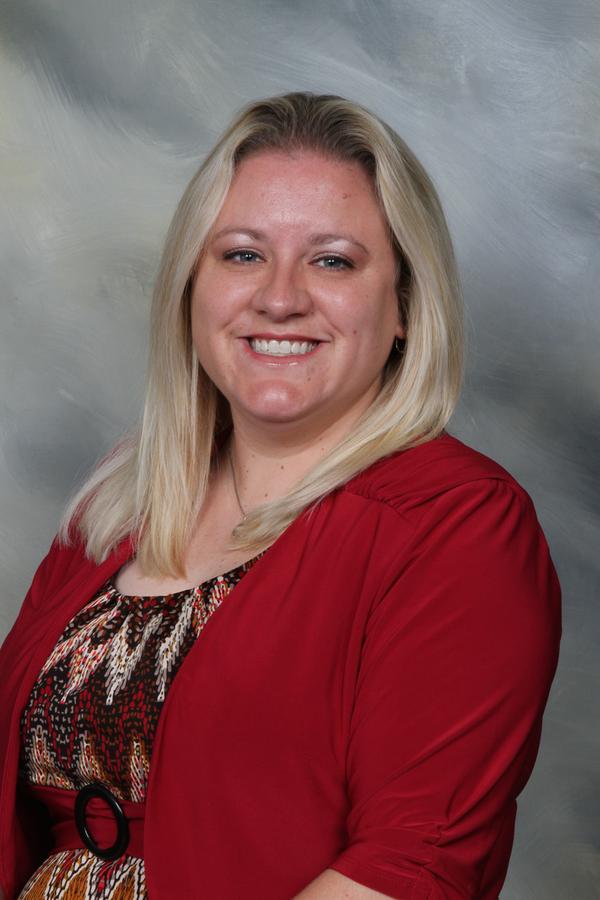 Jaime Pettit has been an educator for 12 years and has spent the last 10 years at Moundsville Middle School (MMS). She is currently the sixth-grade science teacher and previously taught at St. Michael Parish School for two years.

Jaime is a firm believer in hands-on, inquiry-based science education. Her students have the opportunity to learn science in her classroom by doing science and participating in activities to pursue new knowledge. Jaime is the science club advisor and science fair coordinator for MMS where she has had a student reach the international science fair two years in a row. Jaime is also a mentor to new teachers and student teachers.

Jaime shares her love of science with colleagues around the state by presenting at state conferences, training teachers on new science curriculum, and helping to coordinate her county’s professional development days. 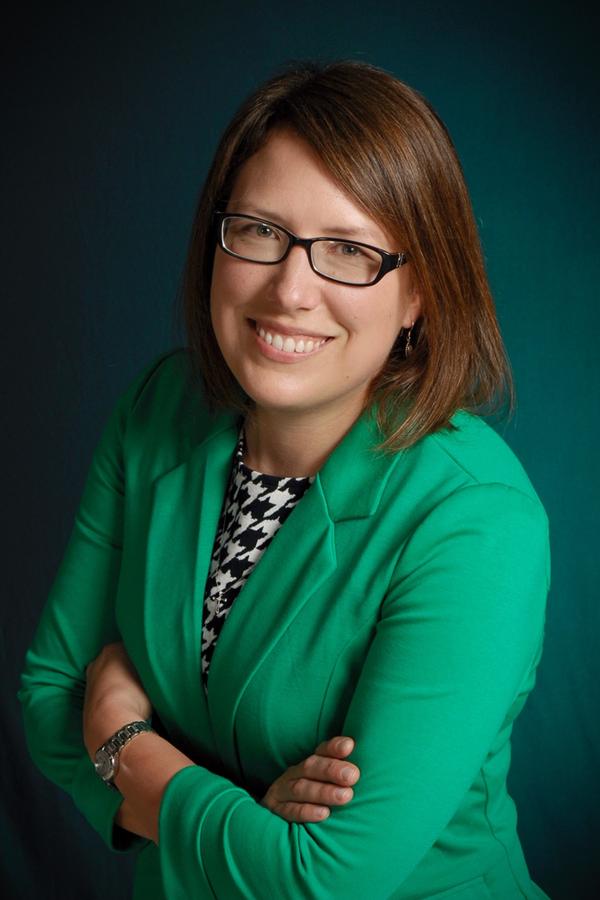 Erika Klose spent 11 years teaching seventh-grade Science at Winfield Middle School. She is currently the Assistant Director in the Office of Middle and Secondary Learning for the West Virginia Department of Education. She is excited to widen her reach and impact all West Virginia students.

While in the classroom, she presented engaging, student-centered lessons, incorporating technology and focusing on hands-on experiments that encouraged students to own their learning. Erika’s love of science, however, goes well beyond the classroom. A trained geologist, she worked for the U.S. Geological Survey in Woods Hole, Massachusetts, before entering education.

Erika’s students won $10,000 for classroom technology during the first ever Hour of Code and consistently brought home awards from school-wide and county STEM fairs. She coordinated activities for her school to experience science, such as an event about women in STEM, which included U.S. Senator Shelly Moore Capito, and Toyota, a large local employer. Erika is the President of the West Virginia Science Teachers Association. She earned a B.A. in geology from Smith College, an M.S. in geological sciences from Lehigh University, and an M.A. in teaching from Marshall University. Erika is a National Board Certified Teacher and holds certifications in general science and earth and space science.