“It feels important. There is a gravity to being the first [to win the competition],” said Patrick Ward, GWHS team member. “We hope to come back and participate next year. We learned a lot and pulled together to learn the material.” 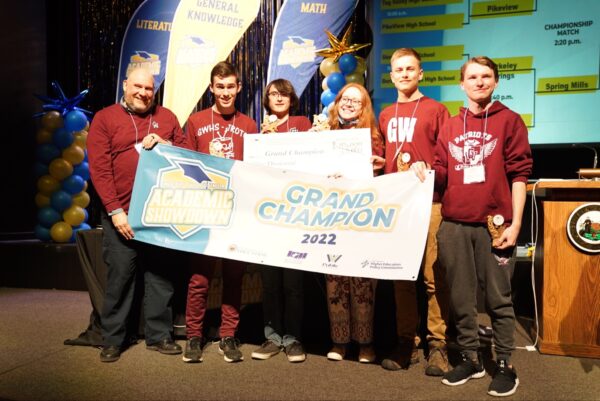 Over the past three months, the West Virginia Academic Showdown brought high school teams to college campuses to compete on topics ranging from science and math to fine arts and pop culture. Twenty-nine (29) teams signed up for the first year, meeting at four regional matchups across the state. Teams consisted of four students from grades 9 – 12 with an optional fifth team member who served as an alternate.

The Academic Showdown is a partnership between the Office of Senate President Craig Blair; the WVDE; the West Virginia Higher Education Policy Commission; the West Virginia Department of Arts, Culture, and History; and West Virginia Public Broadcasting. The program aims to highlight and celebrate academic success with the same excitement and enthusiasm as school athletics. 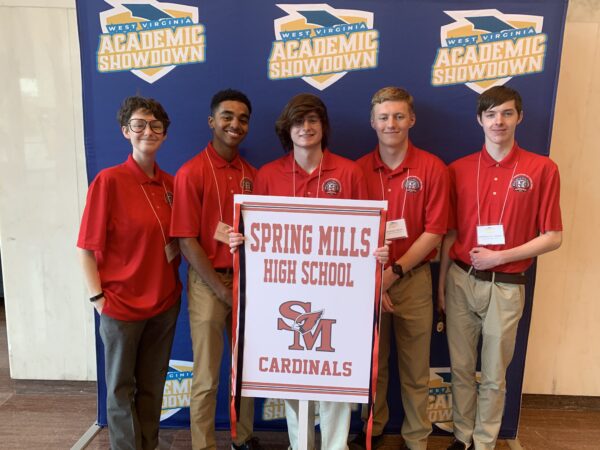 “This first year has been a great success thanks to the dedication of our teams and coaches,” said State Superintendent of Schools W. Clayton Burch. “Early in the school year each of them committed to form teams and prepare for the rigors of the competition. Everyone who stepped up to participate at the regional and state levels is to be commended because this is an experience our students will not forget. We look forward to carrying the momentum into the next school year with even greater participation.”

Universities around the state hosted the regionals, bringing scholars and family members to campuses and allowing them to explore college offerings and student life more closely. The culminating event at the Culture Center provided a festive celebration to honor the commitment of the students, educators and families.

“Our inaugural host campuses made each regional a special experience for the teams, and we cannot thank them enough,” said West Virginia’s Chancellor of Higher Education Sarah Armstrong Tucker. “They opened their doors to welcome students and their families not only with exceptional hospitality, but also with important information about academic offerings, financial aid and college preparation. We were all so impressed with every high school team that competed, and we can’t wait to see what they will accomplish in the future.”