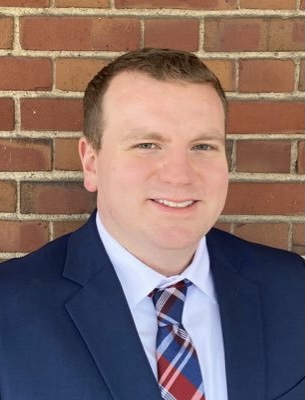 From 2009-2022, I worked as a social studies teacher at Buckhannon-Upshur Middle School. As of February 2022, I transitioned into my position as principal at Rock Cave Elementary School.  I also had a year and a half of sub experience prior to my job at B-U Middle School.

I chose to enter education because I had a passion for social studies and enjoyed working with young people. I also believed that I could be a strong male role model to students who need one at a very impressionable time in their lives.

Having the opportunity to make a difference in the lives of hundreds of students is my favorite aspect of being an educator. Seeing those “light bulb” moments when a student understands a challenging concept and seeing the excitement when they attain personal and academic goals, is something that you don’t get in most professions.

I’ve worked with more than 1,600 sixth graders and an entire school of elementary students throughout my career. Having the opportunity to make a difference in their lives isn’t something that I take for granted. One year, I worked with a boy who was struggling in a variety of areas at school (both personally and academically). I began to work one-on-one with him any time I could. He was challenging, but over time began to show tremendous growth. At the end of the year, he waded up a piece of paper and threw it on my desk as he left the classroom. It said “Mr. Allman, thank you for being more of a dad to me than my actual one.” It was in that moment that I truly realized the impact I can make in the lives of students.

I have a wonderful, supportive family who has been by my side for the entirety of my career. I wouldn’t be who I am today without them. In my spare time, I enjoy spending time with my family, friends and Marisa (my better half). While I have transitioned into an administrative role, social studies/history remains a major passion of mine. I also enjoy traveling.

Being named a Milken Educator was a career-defining moment that opened many doors for me professionally. Educators don’t enter the field for recognition, but it’s special when you are honored for the job you’ve done. It’s provided networking opportunities and friendships at the state and national levels that otherwise wouldn’t exist. It also gives me an opportunity to work with other like-minded educators to positively influence education at the local, state and national levels on a daily basis.