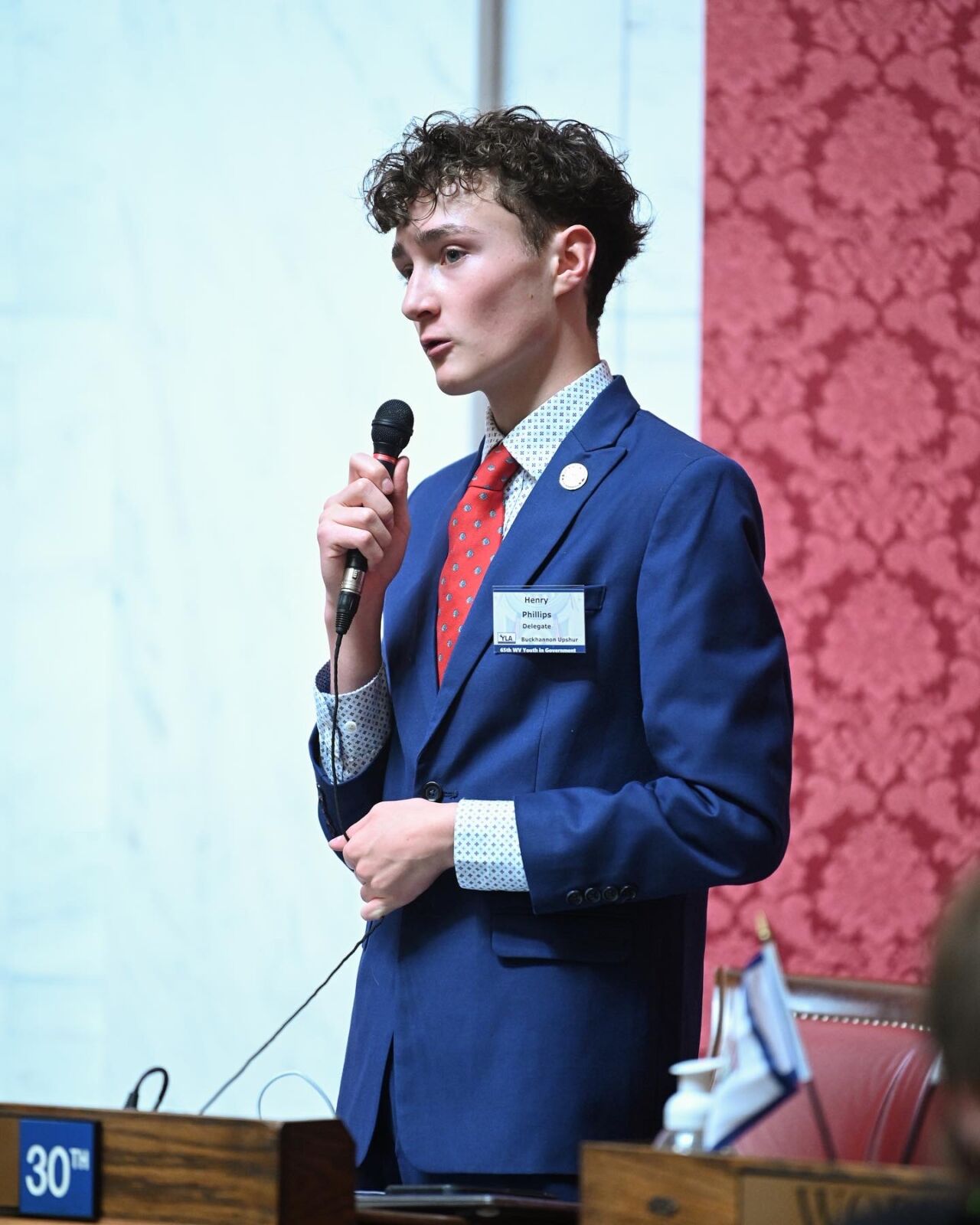 Henry “Hank” Phillips is a West Virginia finalist in the United States Senate Youth Program (USSYP). He is a senior at Buckhannon-Upshur High School and plans to study for a bachelor’s in political science and international relations. He also plans to attend law school to obtain a Juris Doctor, desiring to pursue a joint political and legal career.

Phillips felt that the USSYP would allow him to represent West Virginia and its youth while simultaneously deepening his curiosity and passion for politics. Presently, he holds the following leadership positions:

All finalists were asked why they should be chosen to represent West Virginia.

“After winning my first election for sixth-grade representative, I knew I wanted to become a politician. I went into the campaign with a desire to indulge in my curiosity about current events, figuring my middle school student council would expose me to some form of structured policymaking. Consequently, I instantly fell in love with the capability to solve and deliberate issues my peers cared about, even if they were small. Soon this pivoted into a more complex passion as I formed my own political opinions and discovered my identity. I continued asking questions about the world’s most complex matters, demanding action and answers,” said Phillips. “On a national level, in the summer of 2021, I was honored to have completed my first internship at Capitol Hill (The Hill) with Senator Joe Manchin’s office. During my time on The Hill, I encountered firsthand how intricate the issues facing us as West Virginians are. Instead of discouraging me from a career in politics, it only further inspired me to take on the obstacles that accompany solving some of the world’s most complex issues like climate change, tense diplomatic relations and economic/ethnic equality. I believe these experiences have best prepared me for the United States Senate Youth Program, where I can take the next step in my political journey and represent West Virginia youth in the best ways possible.”

Phillips values the world of art and fashion. He seeks to explore museums to understand the minds of contemporary artists and the thoughts that encouraged them to create their art. Phillips enjoys finding new ways to perceive the use of fashion to present a message regarding one’s personality. He is also a ceramicist, constructing lamps, cups, bowls and plates as part of this hobby.