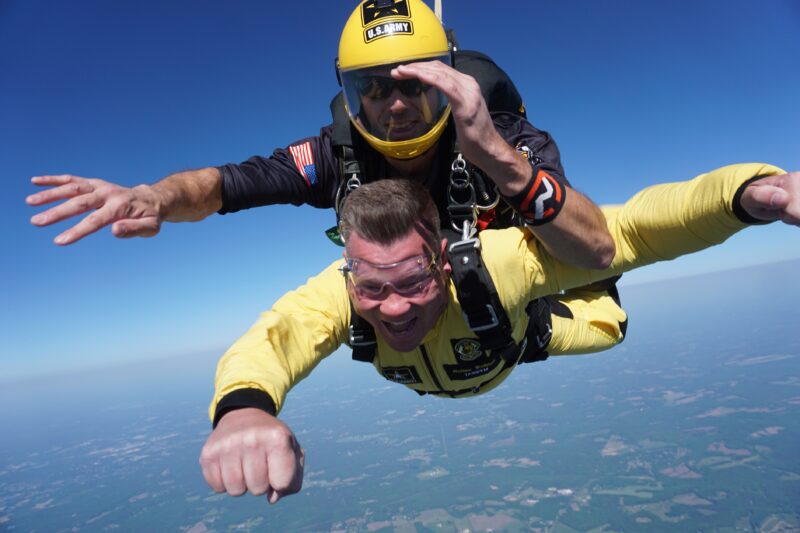 CHARLESTON, W. VA. – State Superintendent of Schools W. Clayton Burch plunged at 120 miles per hour for a great cause recently. He participated in the U.S. Army Reserve Educator Tour at the University of Richmond in Richmond, Virginia. The three-day event included a tandem jump with the Golden Knights U.S. Army Parachute Team on Tuesday, May 17, 2022. The event highlighted military enlistment as a post-secondary option for high school students.

“There is no better way to show this commitment than to lead by example, participating in the Army Reserve’s Educator Tour event,” said Superintendent Burch. “Our support of military career options further signifies our efforts to promote student success.”

The purpose of the Tour also allowed the WVDE to highlight the important relationship it has with military partners of the Common Ground Partnership.

This partnership consists of military, government and community-based organizations focused on the success of all students. The Common Ground Partnership offers online supports which include a system for educators to request military guest speaker visits and school resources for participation in events associated with Military Signing Week. Earlier this month, the partnership announced the second class of the Purple Star Award, which recognizes military-friendly schools in West Virginia.

The video of Superintendent Burch’s big jump can be found on the Department’s social media pages.